Sinusitis is a condition where the paranasal sinuses become inflamed, causing the sinus openings to become blocked and preventing the mucus from being drained. This obstruction causes both pressure and mucus to build up and leads to symptoms that include a yellow or green discharge from the nose or throat, congestion, pressure and pain throughout the 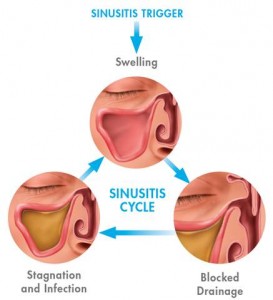 face, a blocked nose, high temperature and a poor sense of smell. There are many issues that can cause sinusitis, including infections, allergies and even autoimmune disorders.

Some patients will be blessed enough to have acute sinusitis (symptoms that are present for less than 4 weeks) while others will be unfortunate enough to be diagnosed with chronic sinusitis (symptoms that are present for more than 12 weeks). For acute sinusitis that is not caused by a serious pre-existing condition the patient may be told to use decongestant sprays or decongestant tablets for as long as the symptoms are present, while patients who are diagnosed with chronic sinusitis may have no choice but to seek out a sinus surgery in order to get relief. Thankfully there are several options available, from conservative treatments to surgeries, to anybody suffering from chronic sinusitis.

Many cases of sinusitis are misdiagnosed by the people who suffer from it, believing themselves to have seasonal allergies or a simple cold. So when should you see a doctor? If you have been experiencing symptoms for several weeks or experience symptoms at the same time each year then you should visit an EMT so that they can use their training to properly diagnose you and let you know exactly what steps you should take to get relief. There is a good chance that your symptoms are actually sinusitis and you have been suffering each and every year for no reason.